Time to get behind Richard Leonard

September 08, 2020
It should come as no surprise that Richard Leonard’s leadership has come under attack from people who never wanted him as leader in the first place, as we can draw on similarities with how Jeremy Corbyn has been treated. However, this is more to do with MSPs selfishly looking at their own positions on the Scottish Labour’s parliamentary list and which leader would give them the best opportunity to remain high on that list.   In seven months time we will be in the midst of a Scottish Parliamentary election campaign and there are some in the party intent in taking the us into a civil war where the Party may never recover and in which the foot soldiers, ie ordinary members, get used as cannon fodder for the self-preservation society. This is not acceptable   Let’s be clear, political light weights, James Kelly, Jenny Marra, Daniel Johnstone et al, are testing the waters on behalf of a silent elite of so-called ‘centrists or moderates’ intent in making the party, in Scotland, more unioni
Post a Comment
Read more

SNP MAGPIES RAID THE NEST OF THE MOST VULNERABLE IN SOCIETY

July 10, 2020
In 2015 Nicola Sturgeon proclaimed that she should be judged on her record on education which is a bold statement to make by anyone at any level. However, it now appears that Covid-19 is providing a perfect opportunity to bury the many failures and empty promises that were pledged to every parent and school child in Scotland by the SNP administration. Given the never ending changes that Scottish Education has been subject to, under the SNP government, and the imposed financial moves which neatly shifts blame to others and makes Head teachers directly accountable for the predicted Scottish Government failings in education, it seems ironic that the administration are now trying to claw back the finances they entrusted to supposedly “empowered” Head teachers and schools ensuring they could support the most vulnerable children in our society so they can plug gaps indeed   gaping wounds in local authority budgets. Local Authorities and schools have been told time and time again that P
Post a Comment
Read more

June 22, 2020
Many residents in Renfrewshire and beyond, currently employed by British Airways, will feel aggrieved by the sharp practice of their employers, who proposing to sack 12,000 of them, throughout the UK, then re-engage them on poorer terms & conditions. With Glasgow airport on our doorstep, local constituents are dependent on companies like BA for their livelihoods and have served the company well for decades. To be treated in this manner is shameful. The blatant exploitation of the Corona virus pandemic in order to reduce their workforce in this way, is nothing short of criminal.This is the view expressed  by the Westminster Transport select committee, a cross party committee made up of all political shades, including the current government members. Renfrewshire Council Labour Group are, therefore, calling everyone with influence within our Party, including Richard Leonard and Kier Starmer, to work together in order to expose these unscrupulous tactics and ensure our opposi
Post a Comment
Read more

Racist Thugs should stay out of Renfrewshire

June 19, 2020
News that the Loyalist Defence League may be gathering in Paisley tomorrow in a bid to ‘protect our statues’ has been met with concern from Renfrewshire Council’s Labour Group, in light of the violent scenes that were witnessed in Glasgow on Wednesday night. The Labour group said, “First of all we don’t want a repeat of the violence that we saw on Wednesday in Glasgow, of which, the First minister described as “racist thuggery”. Secondly, there is no place for any sort of racism in our society and our message is loud and clear, we don’t want you in Renfrewshire and you should stay away. If the events of the last few weeks have taught us anything, it is that this is the time to come together, recognise the type of discrimination and oppression that the BAME community face on a daily basis, and work collectively to rid ourselves of this disease and away from the divisions of hate. However, we also call for restraint on any planned counter demonstration so that we don’t have sim
Post a Comment
Read more 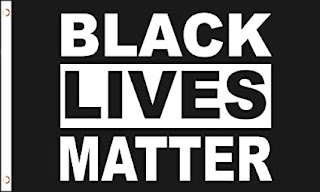 Following the death of George Floyd in Minneapolis, on 25 th May, and the huge worldwide showing of public anger and outrage, people are rightly demanding an end to racism, both societal and institutional, because too many black and ethnic minority people face the scourge of racism on a daily basis. Whether it be at work, in their communities, at school etc., or not being able to get the same job opportunities in the first place, being targeted by the police, not being able to get a bank, loan and so, the BAME community have had enough. Just because of the colour of their skin, they are being treated as inferior to white people and that is why the black lives matter message is so important. At the heart of this, is our own country’s murky colonial past and how we treated indigenous populations as we sought to expand our empire, in particular, how much of that expansion was built on the backs of slaves. As a result, questions are being asked about our own country’s involvement
Post a Comment
Read more

With volunteer week in Scotland now at an end for this year, it is fitting to say thank you to those who have made a fantastic contribution in our communities. People volunteer in many various ways, whether it be in charity shops, sports coaching or befriending vulnerable adults, and, the valuable difference that they make to individual lives and society in general is incalculable. During the Covid19 pandemic, we have seen people preparing and delivering food to the most vulnerable in our communities, as well as to those shielding. We have seen people calling, those at home, just for a chat, easing their boredom and loneliness. These volunteers are saving lives and supporting mental wellbeing, and we should be eternally grateful. However, asking volunteers to deliver public services is a dangerous route to embark on. Take littering for example. Local authorities have a statutory duty to keep roads, walkways, open spaces Renfrewshire Council’s ‘Team Up to Clean Up’ is supposed to
Post a Comment
Read more

1,300 worker’s in Rolls Royce’s Inchinnan plant are being left in the dark over the announcement of worldwide job losses, amounting to 9,000 of their employees. This is a fifth of its workforce, of which 8,000 will be in the UK, and it seem Inchinnan workers will not be immune. This news comes as no surprise as it follows on from similar announcements in the aviation industries where it seems that ordinary workers are paying the price for things that are not their fault. Rolls Royce worker’s are highly skilled and when redundancies take place it’s not only the job that goes, the skills go also and it is short termism at its worse to expect those skills to be there when things pick up which would result in costing them more. Unite the Union has said that this decision is “shameful opportunism”. Assistant General Secretary said “ The news Rolls-Royce is preparing to throw thousands of skilled, loyal, world-class workers, their families and communities under the bus during the
Post a Comment
Read more
More posts