Showing posts from May, 2020
Show all

1,300 worker’s in Rolls Royce’s Inchinnan plant are being left in the dark over the announcement of worldwide job losses, amounting to 9,000 of their employees. This is a fifth of its workforce, of which 8,000 will be in the UK, and it seem Inchinnan workers will not be immune. This news comes as no surprise as it follows on from similar announcements in the aviation industries where it seems that ordinary workers are paying the price for things that are not their fault. Rolls Royce worker’s are highly skilled and when redundancies take place it’s not only the job that goes, the skills go also and it is short termism at its worse to expect those skills to be there when things pick up which would result in costing them more. Unite the Union has said that this decision is “shameful opportunism”. Assistant General Secretary said “ The news Rolls-Royce is preparing to throw thousands of skilled, loyal, world-class workers, their families and communities under the bus during the
Post a Comment
Read more

Does local government in Scotland have a future? 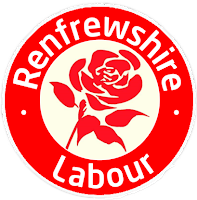 As a Labour Group, we have consistently sent out the message regarding the chronic underfunding of Renfrewshire Council by the Scottish Government. The SNP in Holyrood have been in control of the reins for the past 13 years and local authorities have borne the brunt of the austerity measures brought in by the conservatives in Westminster which have been turbo charged in Scotland, resulting in cuts to services, outsourcing, community delivery of services, centralising services and redundancies with over 60.000 jobs been lost. Figures from the neutral Scottish Parliament Information Centre (SPICe) show that between 2013-14 and 2018-19, the Scottish Government’s revenue budget was cut by 2.8 per cent by Westminster, but the   Scottish Government  were even more brutal in their cuts to councils – hammering them with a 7.5 per cent reduction in funding over the same period. It was clear that this could not go on. The current situation is simply unsustainable, and something must
Post a Comment
Read more